Manchester is full of many things to see and do but did you know that the City also hides many peculiar facts… Read on and you could learn something new about Manchester.

There is a blue post box on Liverpool Road near to the Air and Space Hall. It is a relic from the early days of airmail, when post boxes designated for airmail only were painted blue instead of red. Separate post boxes for airmail did not last long and were abolished in 1938. Manchester’s blue post box is one of only 2 surviving examples, the other one being in Windsor.

If interesting post boxes are your thing (they’re certainly ours) then Manchester is the place to be. Manchester is one of the few places to have a green one. The Vicorian post box on Rochdale Road is one of only a handful to survive in its original green after all post boxes were painted red to make them more distinctive.

Manchester also has gold post boxes in Piccadilly Gardens and Albert Square (and another one in Bolton) to commemorate cyclists Philip Hindes’ and Jason Kenny’s gold medals, and British Cycling’s overall performance at the 2012 Olympics.

Perhaps most amazingly of all is the regular red post box that stands, as it always has done, on Corporation Street. What makes this post box interesting is that when the 1996 IRA bomb devastated the surrounding area, one of the only structures still standing was this post box.

The Oxford/Wilmslow Road Corridor is Europe’s busiest bus route. During normal weekday service, there are buses scheduled every minute along the route between Withington and the city centre. For the half mile stretch closest to the city, between the Royal Northern College of Music and Oxford Road Station, this rises to one every 30 seconds. How fastidiously drivers stick to the timetables is impossible to measure.

The remarkable frequency of buses makes the route the busiest in Europe in terms of the number of buses. Past studies have estimated passenger numbers as low as 3.5 people per bus, so whether this level of service is necessary is debatable. Nevertheless, Manchester can be proud to have such a prestigious title, however inefficient it might be.

Greater Manchester has nearly 12,000 bus stops across its 10 boroughs. This works out at nearly 10 per square kilometre. Wherever you are in Manchester, you do not have to look far for a bus stop and when you find one, you won’t be waiting long.

In 1980 Manchester became the world’s first Nuclear Free City. At the height of the Cold War, when paranoia about nuclear disaster was ever-present in people’s minds, Manchester declared that it wanted no part in the siting, production or transport of nuclear material within its boundaries. While the Government advised local authorities to step up their planning in case of nuclear war, Manchester advocated a policy of disarmament, stating that there was no defence against nuclear war and disarmament was the only chance of survival.

Despite the campaign against nuclear weapons, Manchester is home to some to the Guardian Underground Telephone Exchange, the Cold War era tunnels built in preparation for a nuclear attack. The intended purpose of these tunnels was to secure communications in the event of an attack. Yet as soon as they were completed, they were rendered useless with the advent of the much more powerful hydrogen bombs.

The tunnels have played a part in recent Mancunian history when a fire tore through the tunnels in 2004. The fire knocked out telephone service across much of Manchester for several days. Even some parts of Sweden lost internet access due to the fire.

The University of Manchester’s Nobel Laureates

The accolades have been awarded across Physics, Chemistry, Economics and Physiology/Medicine. Notable winners include Ernest Rutherford, the father of Nuclear Physics, William Lawrence Bragg, who was at the time the youngest ever recipient of the Nobel Prize for Physics, and Kostya Novoselov and Andrei Geim, who shared the Nobel Prize for Physics in 2010 for their development of graphene.

The University of Manchester’s proud academic history  is testament to the innovative spirit of the city.

Only Pub Named after a Potato!

The Oxnoble on Liverpool Road is the only pub in the UK that is named after a potato. The pub takes its name from the ox noble variety of potato, a Georgian tuber that was ‘yellow without and within, very prolific, not to fit to eat’.

Early patrons of the pub, local barrow boys known as the Oxnobles because they unloaded fruit and vegetables brought into the city by barge at nearby Potato Wharf, are the reason for the unusual name.

Manchester is home to several other unique public houses. One of which, the Peveril of the Peak, on Great Bridgewater Street, is the only detached pub in Manchester city centre. The Grade II listed pub is one of the most iconic in the city, with its green tile clad exterior and traditional interior. The table football table inside is supposedly the oldest table to have been in continuous use since its installation in 1955. 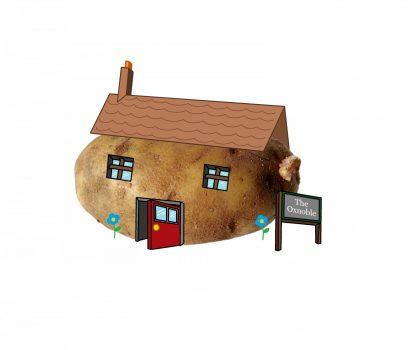 John Rylands Library is a spectacular gothic library in Spinningfields. Now part of the University of Manchester, the library was a gift to the city from Enriqueta Rylands when it opened in 1900. She also wanted it to serve as a memorial to her late husband, John Rylands. The library houses one of the world’s most important collections of rare books and manuscripts.

St Ann’s Church is the Centre of Manchester

There is a mark on the tower of St Ann’s, a few feet from the ground, that marks the historical centre of Manchester. It is a cartographer’s mark that all measurements to Manchester were made. On mile stones that indicated the distance to Manchester, the distance was measured to this mark.

After the construction of the Town Hall, the centre was moved there. Manchester Town Hall is one of the grandest civic buildings in Western Europe. Designed by Alfred Waterhouse, a heavyweight of Victorian gothic revival architecture, the Grade I listed building is the ceremonial headquarters of Manchester City Council. Inside, the Great Hall is decorated with Ford Madox Brown’s Manchester Murals detailing the history of the city. Unfortunately, the Town Hall is closed to the public for another 6 years while refurbishment work is carried out. 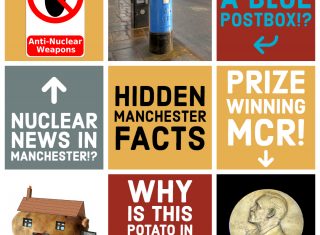