Derby Day Defectors: Three players to see both sides of the Manchester derby

The Manchester Derby from both sides

It’s that time of year again, when the streets buzz with the excited chatter of expectant children; people come together and the icy winter air is expelled from living rooms and pubs across Manchester by the television’s warming glow. You guessed it: it’s derby day.

The Manchester derby has never been bigger, nor have fans been more fiercely divided. So as the city prepares to block their rival-supporting neighbour on Twitter for 90 minutes, we take a look at three players who crossed the Manchester derby divide, playing for both City and United, and their time at each club.

Read from behind the sofa if you must – legends or not – these players are the walking-talking embodiment of a half-and-half-scarf.

Legend may be a stretch for Tevez, but his time at each club certainly was memorable. Carlos Tevez arrived at Manchester United in August 2007 amid a cloud of controversy that rarely settled during his time in Manchester.

Having scored the goal – against United, no less – that saved West Ham from relegation on the final day of the 2006-07 season, the Premier League found third party ownership of Tevez breached their rules. West Ham were hit with a record £5.5million fine and made further compensation payments totalling £20million Sheffield United, who had been relegated in their stead.

A successful spell at United – two leagues, a cup and a Champions League medal – came to an abrupt end when Tevez rejected a reported £25.5million deal to stay at Old Trafford in favour of a move to Man City. This would normally be enough controversy for any player, but this story doesn’t end here.

A huge blue billboard featuring Tevez and the words Welcome to Manchester was erected at the border of Manchester and Trafford – a jab from City fans at the Trafford location of United’s stadium.

However, controversy followed Tevez across the city. Things came to a head in September 2011 when Tevez refused to come off the bench in a Champions League game against Bayern Munich. He was placed on gardening leave amid widespread condemnation among fans and media alike.

Having failed to find a new club, Tevez remained at City and rejoined the squad. He made his return to action in March 2012 in a 2-1 win over Chelsea. It was later revealed Tevez came close to retiring from football during this period.

Having scored 58 times in 113 City appearances, Tevez eventually left City for Juventus in June 2013, where he enjoyed a mercifully uncontroversial two years.

Did you know: Tevez fronted a band with his brother Diego, finding chart success in Argentina with their song ‘Lose Your Control.’ He was also caddy to friend and golfer Andrés Romero at the 2012 Open Championship.

A legend of the game through and through, Denis Law signed for City on a then British record transfer fee of £55,000 in March 1960 with the club beating out United for his signature. However, his time at Maine Road was limited by City’s poor form and Law’s ambition as 21 goals in 44 games that season earned Law a move to Torino.

Law only stayed in Turin for a year, returning to Manchester in 1962 with United.

Hitting his peak in the 1964-65 season, Law scored 46 goals in all competitions – a club record to this day – before winning the Ballon d’Or and notching a league-high 28 goals in the 1965-66 season as United won their first league title since the Munich Air disaster.

Law’s United days were not all smooth sailing, however. He was transfer-listed by manager Matt Busby after refusing to play unless he received a pay-rise. Busby drafted an apology letter and instructed to Law to sign it before the media, proclaiming ‘no player will hold this club to ransom.’ Law later claimed it was all for show as Busby had secretly handed him his pay-rise.

After increasing injury troubles Law rejoined City on a free transfer after 11 years, 404 appearances and 237 goals at United – only Bobby Charlton and Wayne Rooney have more United goals.

In the last game of the 1973-74 season, City beat a relegation-threatened United side in the Manchester derby with a back-heeled 81st minute winner from Law. He didn’t celebrate, believing his goal to have relegated United, and eventually left the pitch with his eyes firmly on the ground as chaos broke loose around him.

Angry fans charged onto the pitch, knowing United would be playing 2nd Division football for the first time since 1938. The match was abandoned, but the result stood. Unbeknownst to Law, United would have been relegated regardless of his goal due to results elsewhere.

Law retired n 1974, his final goal coming in a pre-season game against Sheffield United. A statue of him with Bobby Charlton and George Best now stands outside of Old Trafford.

Did You Know: Law once scored six goals in a cup tie against Luton Town but the strikes were chalked off when the match was abandoned with 20 minutes to go. 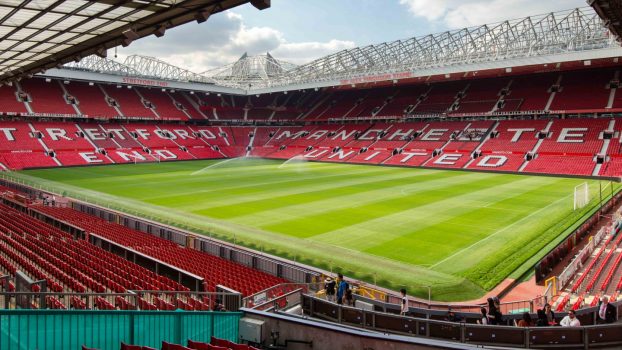 The stories of City’s acquisition of Meredith claim that, following a tip off to his talents, two City officials went to Meredith’s Welsh hometown of Chirk to sign him. However upon arrival they were chased from the town and only allowed to talk to the player – who was working in a mine at the time – once they’d bought his colleagues a round of drinks.

Meredith signed as an amateur for City in 1984, commuting between games and while maintaining his job in the mines.

In his second game for the Citizens, Meredith scored twice against Newton Heath – the club that would go on the become Manchester United – going on to score 12 in 18 games that season before ending the following season as top scorer.

On the final day of the 1904-05 season, the player found himself at the centre of a scandal that rocked the foundations of English football. In the game versus Aston Villa, a scuffle broke out between City’s Sandy Turnbull and Villa captain Alex Leake. Upon further investigation, the FA discovered that Meredith had attempted unsuccessfully to bribe Leake into throwing the match. The FA suspended Meredith for the entirety of the 1905-06 and City refused to pay his wages.

The winger denied the charge but refused to give evidence. But things took a turn after he claimed he had attempted to bribe Leake but only on the orders of City boss Tom Maley. He was immediately transfer-listed. The FA acted on the information, however, fining City £900 (equivalent to around £110,000).

United signed Meredith from City on a free transfer in 1906 while he was still serving his ban. He went on to win two First Division titles and an FA cup while avoiding another bribing scandal that hit the United ranks in the 1914-15 season.

He returned to City on a free, playing 25 games in 1921-22 as well as City’s farewell game at the old Hyde Road stadium the following season.

Did You Know: Meredith holds the record for being both Manchester clubs’ oldest ever player, featuring for United aged 46 years and 281 days and for at 49 years and 245 days for City.

Inspired by dreams of the Manchester derby? Want to experience the grandeur of City and United firsthand? Why not book a stadium tour.

Written by Jack Meredith (No relation to Billy)