Top 10 Free Things to Do in Manchester

There are plenty of free things to do in Manchester, so you won’t be short of options if you’re travelling on a budget. Even though you don’t have to pay to visit these attractions, they are still well worth a visit and offer some of the best days out in the city. Here are our top 10 favourite things to do in Manchester that won’t cost you a penny: 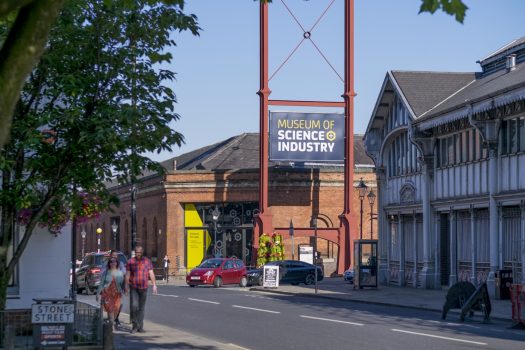 The Museum of Science and Industry (MOSI) on Liverpool Road showcases Manchester’s history at the frontiers of Science and Industry, with exhibitions dedicated to the city’s role in the industrial revolution, early computing, and atomic theory. One of the buildings on the site is the former Liverpool Road Station, one terminus of the world’s first intercity passenger railway that connected Manchester and Liverpool. Most importantly, it is free entry, although donations are welcomed.

*The National Football Museum is no longer free and charges for entry.*

The National Football Museum in Cathedral Gardens is one of the most visually striking buildings in the city. It houses the world’s most important collection of football related artefacts and memorabilia, ranging from the roots of the beautiful game to the present day. For any football fan, whether a casual or a die-hard, the National Football Museum should be on their Manchester itinerary.

Another visually-striking building, the shard of the Imperial War Museum North at Salford Quays tells the story of warfare from the First World War until the present day. The powerful stories of those affected by the horrors of war across more than 100 years of Commonwealth history are told through the exhibits and storyboards. 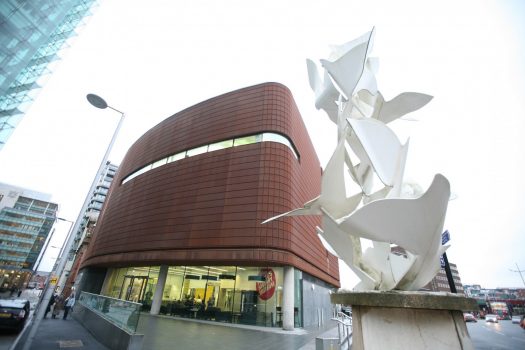 Manchester has a proud history of liberal and radical politics; the city is often thought of as the most anti-Establishment city in the UK. The People’s History Museum is the national museum of democracy documenting the history of democracy’s development in Britain and the people’s fight for the right of fair and equal representation. Get in touch with your inner radical and head down for some people power.

The Manchester Museum, housed within the University of Manchester, is the UK’s leading University museum. Its collections consist of over 4-million items that span millennia across disciplines from natural history to technology. Highlights include the Ancient Egyptian mummies, dinosaur skeletons and the vivarium showcasing some of the UK’s most critically endangered species.

The Whitworth Art Gallery is also part of the University of Manchester. Set in the peaceful Whitworth Park, a little further up the road from Manchester Museum, it houses collections of historic fine art, modern and contemporary pieces, and textiles. Whitworth Park is home to several important pieces of sculpture. A visit to the Whitworth is a relaxing way to spend an afternoon, with its beautiful galleries, excellent café with views over the park and the opportunity to wander in the park’s grounds.

Located in the city centre, near St Peter’s Square, Manchester Art Gallery is one of the UK’s leading art museums. Its collection comprises of over 25,000 pieces of historic fine art, international contemporary art and decorative art. The gallery is famous for its collection of 19th Century British paintings, notably the Pre-Raphaelite works, and is a must-visit for any art buffs.

The Lowry was the first building built in the process of regenerating the former Manchester Docks at Salford Quays, long before ITV and the BBC moved in. Although you would have to pay to see a show in one of the three theatres, The Lowry Galleries are free to enter. The Galleries showcase the works of LS Lowry, the much-loved local artist famous for his stick figures, alongside exhibitions of other artists’ work that change throughout the year.

John Rylands Library is a Neo-Gothic building on Deansgate that stands in striking contrast to the neighbouring ultra-modern towers of Spinningfields. The building looks nothing like a library from outside, but within there is a spectacular reading room and an impressive collection of books, including the oldest known fragment of the New Testament.

It was in Castlefield that Manchester began, when the Romans founded the fort of Mamucium; some of the walls are still visible today. It was also the terminus for the world’s first wholly man-made waterway, the Bridgewater Canal, 1700 years later. Nowadays it is the best place in Manchester to enjoy the elusive British sunshine, with several bars and restaurants that have plenty of outdoor seating with fine views of the canal and surrounding buildings.