York, the Cathedral and Vikings

York, the Cathedral and Vikings

The historic walled city of York is known for its tangle of cobbled streets and its incredible history.  Experience the award-winning Jorvik Viking Centre, situated on the site of a Viking settlement that was founded a millennium ago.  Visit Shambles, the medieval shopping street that was the inspiration for Diagon Alley. See York’s modern history in the confectionery industry at the Chocolate Story. Marvel at the impressive York Minster and its beautiful East Window, the largest expanse of medieval stained glass in the UK. 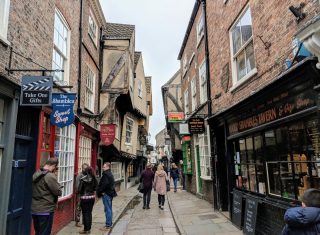